Turriff United or Greenock Morton have been drawn to play Dundee in the Scottish Cup fifth round. The draw was made at Hampden Park by former Celtic goalkeeper Pat Bonner, Scottish FA President, Campbell Ogilvie, and Karen Denholm from William Hill at lunch time today. Turriff held Morton to a 1 -1 draw at The Haughs […]

Turriff United met Greenock Morton in the fourth round of the Scottish Cup at The Haughs this afternoon. Morton dominated the first half with a dozen or so shots on target compared to a brace for Turriff. The flow of the game changed after 30 minutes with Turriff gaining some possession. This built up with […] 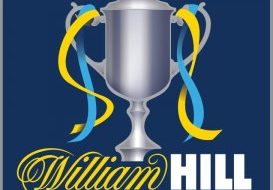 The countdown has begun to the fourth round of the William Hill Scottish Cup ties this weekend. Turriff United will be playing the biggest game in the clubs history when they face first division Greenock Morton at The Haughs on Saturday. Morton make formidable opponents only being beaten once in the last 12 games in […]

Greenock Morton beat Albion Rovers in their third round replay at Cappielow Park tonight. Greenock dominated the game from the start but the first half was goalless. When the teams emerged after the break Greenock continued with their domination of the game and just after 5 minutes in Martin Hardie headed the first goal past […]

Turriff United have been drawn to play either Albion Rovers or Greenock Morton at home  in the fourth round of the William Hill Scottish Cup. Turriff United secured their place in the last 32 and the fourth round thanks to a first half goal from Gary Harris in Saturdays game against Buckie Thistle in front of 800 at […]