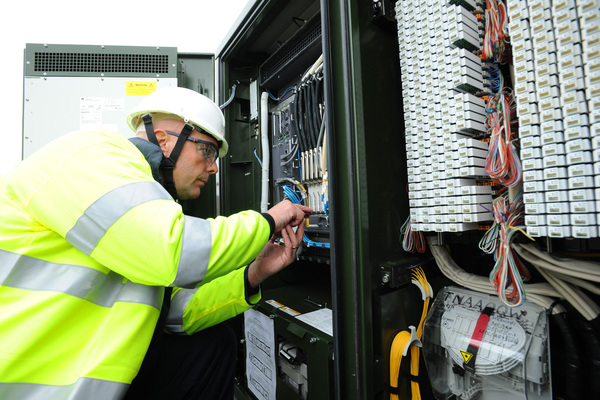 One in ten homes and businesses in Banff and Buchan are still unable to access the basic level of internet speeds, according to figures from BT.

The statistics show that 10% are struggling with speeds slower than 10Mbps, which is the minimum level under the Universal Service Obligation (USO).

As many as 41% in some parts of the constituency are unable to access superfast speeds of up to 30Mbps. Coverage for BT’s proposed new 4G hubs is also patchy across the constituency.

The BT statistics suggest that it will 2032 before there is 100% superfast coverage across Banff and Buchan. The SNP government in Edinburgh previously pledged that it would reach 100% by 2021.

These figures show there is still a long way to go until we can provide reliable, fast broadband connections for all in Banff and Buchan.

It is clear the SNP’s previous promises of delivering superfast broadband by 2021 are just not going to happen.

In fact, it could be more than ten years before we reach that point.

The Scottish Government has just announced it is providing 23,000 I-pads and laptops to low-income families at a cost of £43million under the Connecting Scotland programme.

No-one would dispute any effort to get more people connected. Unfortunately, these devices won’t be of much use for those that are unable to access a basic level of broadband or 4G mobile coverage.

We cannot risk allowing young people to be left behind – or for households in rural areas to continue to struggle with slow or non-existent broadband.

Delivery of these targets should be a priority as we work to rebuild our economy after the Covid-19 pandemic.

Fact Check
Any claim that Scotland should use its powers to improve broadband services is misleading. While the Scottish Government has some measure of control over broadband projects, telecommunications including broadband infrastructure are ultimately still reserved by Westminster, limiting the level of decision-making available to Scottish ministers.

Read more about the powers that the Scottish Government hold around Broadband & Telecommunications on The Ferret.

It also appears the Conservative Government have dropped their Manifesto Pledge of Superfast Broadband for all by 2025.

You can view the slide deck supplied by BT below

Banff & Buchan Fixed Connectivity by My Turriff on Scribd