The North East continues to be one of the safest places to live in Scotland with Police Scotland reporting a reduction in crimes recorded across North East.

Police Scotland is reporting a reduction in crimes recorded across North East.

A reduction in numerous types of crime were recorded during the last Quarter 3 period compared to the previous year (April through to December end), including a decrease in crimes of dishonesty as a result of targeted proactivity being carried out across North East Police Division every day. In particular, there has been a further reduction in house-breakings (18% decrease from 649 to 532) and motor vehicle crime (down 16% from 753 to 628).

Serious assault and robberies have also decreased compared to the same period last year, with detection rates remaining high (over 90%) when compared to the national average. Numerous high-visibility operations have been launched in recent months to tackle violent crime to send a very clear message to offenders that it will not be tolerated.

The Police Scotland 2019-20 Quarter 3 Performance Report will be presented to the Scottish Police Authority’s Policing Performance Committee on Thursday (27 February). 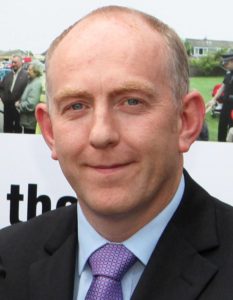 It is our commitment to ensure that the North East continues to be one of the safest and most welcoming areas of the country to live, work and visit, therefore the priorities that communities tell us matters to them the most is the driving force behind our activity.

These figures serve as a benchmark for the rest of the year as our police officers, staff and special constables continue to identify and explore opportunities for innovative Policing whilst drawing on the support of national resources including Roads Policing, Operational Support and the Specialist Crime Division. Collaborative working with our public sector partners is also crucial and we are looking forward to the opening of Buchan House in Peterhead later this year. This project along with others in the pipeline are prime examples of building on the strong working relationship we already have with all our partners, both public and voluntary, to collectively deliver an enhanced service to the local community.

Total drug offences, in particular drug supply, have also increased – a welcome rise as officers continue to carry out enforcement activity every day to remove illegal substances from our communities, identify organised crime groups and tackle drug-related crime that impacts so significantly in communities. An operation launched to tackle ‘cuckooing’ in the Buchan Corner also continues, with 53 people reported within the first year resulting in sentences of more than 20 years.

The initiative, called Operation Corner, is designed to identify vulnerable people exploited by criminals. So far, 64% of people identified as victims have engaged with support services and this preventative work is now being progressed in both Aberdeen and Moray with partners.

Group 1 crimes (non-sexual crimes of violence) have increased however 264 of these crimes were recorded under the new Domestic Abuse (Scotland) Act 2018 which was not accounted for last year. This new law is making a significant difference, with many victims of domestic abuse who may not have been identified before now gaining access to the support they need. Nationally there have been 1,313 crimes recorded against the new Act.

I would like to take this opportunity to sincerely thank the public and our partners for your support, which is very much appreciated. It is only with the support you give us and the information and intelligence you provide that we can collectively work together to ensure our communities remain safe places to live, work and visit.