The Opening of The River Deveron Salmon Season and the presentation of the Morison Trophy will take place on 11 February 2020.

This year’s special guest will be Marina Gibson who will present the Morison Trophy and officially open the salmon season with a dram of 18 y/o Deveron malt.

Marina Gibson is a passionate angler who was lucky enough to spend much of her childhood chasing salmon and trout. She is a certified Fly Fishers International casting instructor and 1st4Sport Level 2 Coach. 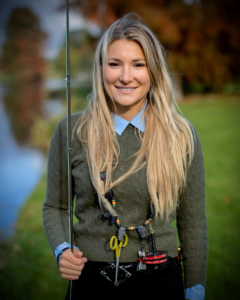 Marina is sponsored by Orvis and is an ambassador for the Atlantic Salmon Trust & the Angling Trust. She recently launched The Northern Fishing School at Swinton Estate, North Yorkshire in the hope of teaching as many people the art of fly fishing and connect them with the great outdoors.

Also on My Turriff
Dream catch on Deveron local beat

Mr Ronald Ewen, winner of the Morison Trophy for 2019; will make the first cast of the season. Mr Ewen secured the trophy by landing a 25lbs spring salmon from Lower Netherdale. Thanks go to Turriff based Henderson’s Country Sports for sponsoring the salmon rod that will be presented to Ronald for carefully releasing the winning salmon.