Thank you to Dr Alison Smith of the Scottish Liberal Democrats who was the first of the four candidates in Banff & Buchan ward to respond to the five questions from My Turriff. 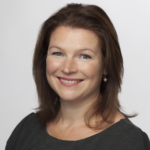 Thank you to Dr Alison Smith of the Scottish Liberal Democrats who was the first of the four candidates in Banff & Buchan ward to respond to the five questions from My Turriff.

What are the top 5 priorities which you feel would benefit this region directly and what are you going to do to make them happen and how would you promote this area within Westminster to attract diverse businesses here?

We need to act to protect land, infrastructure, property and even human life in light of recent floods and coastal erosion. A full assessment of potential damage under various climate change scenarios is necessary. This should include an assessment of the economic impact of climate change – for example, on fishing in the River Deveron, and the knock-on effect on tourism. This assessment must be followed by preventative action and a plan to adapt to the new reality. This will cost money: the Liberal Democrats have announced a £5 billion flood defence fund, which includes money for coastal defence.

Aberdeenshire’s farmers have suffered greatly from the bungled roll-out of CAP Futures. Uncertainty over our future relationship with the EU and other trading partners has caused further stress and frustration. The Canada-style trade deal now touted by Boris Johnson would introduce tariff and non-tariff barriers for agricultural exports, meaning more cost and more paperwork for farmers. More uncertainty and more bureaucracy is the last thing our farmers need. The Liberal Democrats would prefer to keep Britain within the European Union. If that outcome is not possible, we would fight for continued access to the single market, and to ensure that any imports meet the same high standards as those adhered to by our own farmers.

The Scottish Liberal Democrats believe that the failure to invest in infrastructure has undermined economic productivity in rural areas. We have allocated an extra £130m for infrastructure improvements, including upgrades to rural roads. I would fight for some of this to be used to improve the A947. The installation of hyper-fast fiberoptic broadband has been promised, but is behind schedule. I would lobby for this to proceed at the earliest possible opportunity, since it is difficult to attract diverse businesses without modern infrastructure.

The last few decades have seen a gradual loss of services such as banks and post offices in rural areas. In Turriff, the RBS has already closed. The TSB has reduced its hours – although it is not currently earmarked for closure, there are worries about the future. While it is understandable that banks want to conduct more of their business on-line, there are still occasions when residents need to talk to a ‘real person’ in a branch.  Local services like banks and post offices also grease the wheels of the local economy. We must think of creative solutions to keep local services in our town centres, for example combining different services under one roof. We have also seen a loss of rural healthcare services, especially GPs – in recent years. This is largely a reflection of recruitment and retention issues within NHS Scotland – another issue on which I have been campaigning.

North East farmers and fishers grow and catch some of the most wonderful produce in Europe. At a time of increased interest in the environment and animal welfare, we have a good story to tell, since much of our produce is ethically and sustainably produced. I would like to see the best of North East Scotland food production showcased, helping tourists to find our produce by establishing a ‘Foodie Trail’ to run alongside the ‘Castle Trail’, the ‘Whisky Trail’ and the ‘Coastal Trail’.

What are your thoughts on people throughout the Banff & Buchan constituency having to use local food banks to allow them to eat?

The rise of food banks is shocking. Child poverty in Turriff is projected to grow at the fastest rate in Aberdeenshire, which is very worrying. Many people do not realise that 70% of families that use food banks have at least one parent in work. The Liberal Democrats would introduce a ‘legal right to food’. We would also make changes to the benefits system, for example reducing the maximum wait for benefits from 5 weeks to 5 days and removing the ‘two child cap’.  The Resolution Foundation has said that the Liberal Democrats’ manifesto would do more than Labour or the Conservative manifestos to reduce child poverty. Under the Conservative manifesto, the Resolution Foundation found that the poorest households would be an alarming 13% worse off by 2023-24, bringing poverty to levels not seen for sixty years. I don’t think we should let this happen.

Recently we have had 6 bridges washed away because of the effects of climate change. We have been told that some bridges may not be repaired by the council. What is your policy on helping the community deal with this issue, and what are you prepared to do to sort it?

The need for climate change preparedness is one of the issues I’ve been raising throughout my campaign. At the moment, Aberdeenshire Council can apply to the Scottish Government for little pots of money to fix damage after extreme weather events. They don’t have the funds to be proactive, or to make local choices about what should be fixed and when. This is obviously unsatisfactory. The Liberal Democrats would allocate £5 billion for climate change preparedness, including a fund to respond to extreme weather events. Councils should have a much bigger role in allocating these funds, so they can repair any damage as swiftly as possible and use their local knowledge to prepare for future extreme weather events.

The Liberal Democrats also have robust plans to combat climate change by reducing carbon emissions, planting 60 million trees and promoting carbon capture and storage. However, we recognise that the effects of climate change are already upon us.

Given that generations of Scots have grown accustomed to devolution (live in the late 1970s and debated again from 1992), Holyrood (since 1999) and talk of independence (since 2011), is independence inevitable in due course?

In politics nothing is ever inevitable. The Union has endured for more than 300 years, and it has overcome difficulties in the past. On the doorsteps, I am finding that many former SNP supporters are exhausted from all the political drama. Brexit has shown them that breaking up is hard to do, and they are looking more carefully at whether independence is wise.

Many people who support the union can see that our system of government needs to be improved. A federal system of government would allow the views of all four Home Nations to be taken into account, which would improve policy-making overall. Moving away from our ‘winner takes all’ first-past-the-post electoral system would also ensure that more voices are taken into account in the policy-making process.

Most people on the doorsteps are telling me that, while arguments about independence and Brexit hog the limelight, other problems are not being talked about enough. Most of those problems I have already discussed above – rising poverty and inequality, issues around climate change preparedness, cuts to rural healthcare services, difficulties accessing further education, and poor public transport.

The three most influential economic powers in the world are China, the EU and the USA. After Brexit – if it happens – which should we most closely align with and why?

We have an important historical ‘special relationship’ with the USA; however, the challenges of negotiating a post-Brexit trade deal that fits with our values should not be underestimated. NHS services should not be part of any free trade deal with the USA, and we should also maintain current high animal welfare and food standards.

Our economic relationship with China is likely to become more turbulent in the future. Trade will continue, but closer alignment would be unwise.

You can see all candidates in the Banff & Buchan constituency here and read the My Turriff statement on our transparency here.