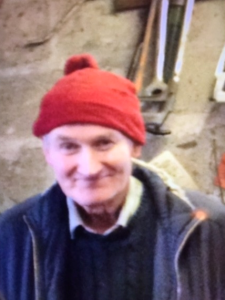 Police Scotland acknowledges the sentencing of Steven Sidebottom today (Wednesday March 6, 2019) at the High Court in Edinburgh for the murder of Brian McKandie at his home at Rothienorman in March 2016. He will serve a minimum of 21 years in jail for the murder and robbery.

Sidebottom is a cruel and calculated murderer who has yet to show any remorse for his actions. He killed Brian within the pensioner’s own home in the most brutal of ways and a painstaking and thorough investigation was launched by Police Scotland’s Major Investigation Team to bring this complex circumstantial case to court.

The most important thing is that Brian’s family now has the justice they deserve, aswell as his friends who sat through every day of evidence in court and the vast amount of acquaintances he amassed during the decades spent working as a handyman in Rothienorman.

I would once again like to thank Brian’s family and in particular his brother Bill for their patience during the investigation and subsequent trial – they have all shown incredible dignity throughout.