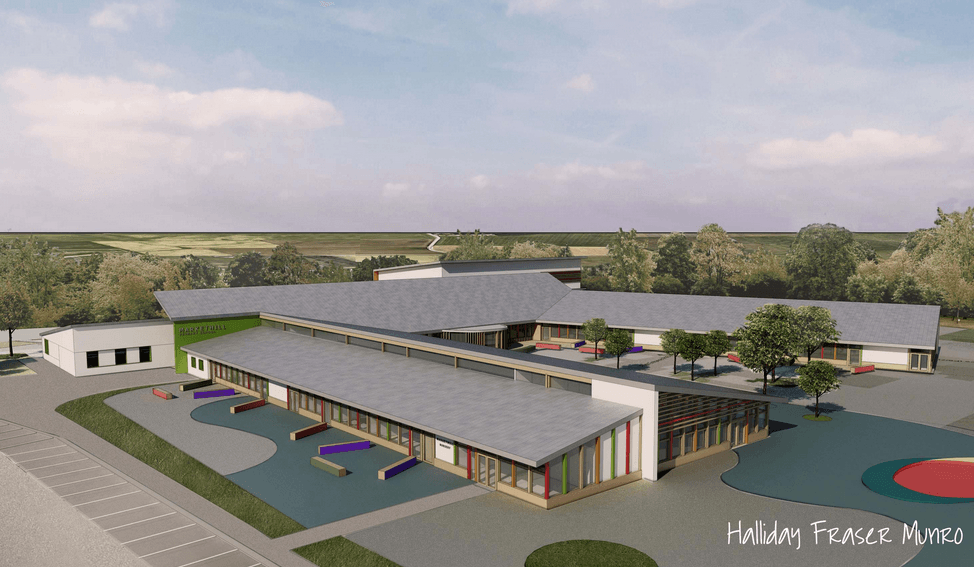 Work to prepare the site of the new Markethill Primary School started earlier this week.

Aberdeenshire Council archaeologists have been on site since Tuesday checking to make sure that the new school wont disturb any sites of historical interest. There is evidence to suggest that there were some buildings on the site in the past. An aerial photograph from 1988 shows crop marks that showed circular enclosures in the field where the new school is going to be constructed.

Security fencing is being erected around the site and this is hoped to be completed by the end of the week. A sub contractor of Morrison Construction will start clearing vegetation from the site on Monday 29 March.

Many of our staff have a strong personal interest in the project having grown up in the area. In fact, George Morrison, who heads up the team, has lived in Turriff for 43 years and three generations of his family have been educated at the existing school.