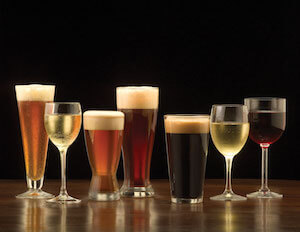 Chief medical officers from across the UK update alcohol guidelines and advice for lower-risk drinking.

Scotland’s Chief Medical Officer, Dr Catherine Calderwood, joined her counterparts across the UK to set out the new guidance following an expert review of the scientific evidence on the short and long term impact on health from alcohol since the previous guidelines in 1995.

It is suggested that men and women should now drink no more than 14 units of alcohol a week to reduce the risk of diseases such as cancer and liver disease.

The chief medical officers (CMOs) advise that to reduce risk to a low level, both men and women do not regularly drink more than 14 units of alcohol a week. Previous guidelines recommended different amounts for men and women based on daily amounts that did not reflect drinking patterns.

The CMOs also recommend that if people do drink 14 units per week, this should be spread evenly over three days or more. They also recommend several alcohol-free days per week as a way of cutting down, if people wish to do this.

The new guidelines bring the rest of the UK in line with Scotland on advice for pregnant women. Previously, Scotland was the only country in the UK to advise women that there is no ‘safe’ amount of alcohol that can be drunk during pregnancy so the best approach is not to drink at all. That advice is now reflected UK-wide.

The review found that there are adverse effects from drinking alcohol on a range of cancers, which were not fully understood in 1995. The risks start from any level of regular drinking and rise with the amount being drunk.

This coincides with the publication of the latest findings from the Committee on Carcinogenicity (CoC), which found that drinking even a small amount of alcohol increases the risk of some cancers compared with people who do not drink at all.

I’m pleased to join with the other CMOs to give this updated advice on how to keep the risks from drinking alcohol at a low level.

Our understanding of the adverse effects alcohol can have on health has developed significantly in recent years. Every drink adds up and over time can lead to serious health problems such as breast cancer, high blood pressure, stroke and chronic liver disease. If men and women limit their intake to no more than 14 units a week it keeps the risk of developing these conditions low.

I’m also pleased that the other UK nations have followed Scotland’s precautionary approach in advising women that it is safest not to drink at all during pregnancy, meaning we have harmonised advice to mums-to-be across the UK. Although the risk of harm to the baby is low if they have drunk small amounts of alcohol before becoming aware of the pregnancy, there is no ‘safe’ level of alcohol to drink when pregnant.

The new guidelines for drinking will take effect immediately, although the wording of the guidelines will be issued for consultation, with an opportunity to respond until 1 April 2016