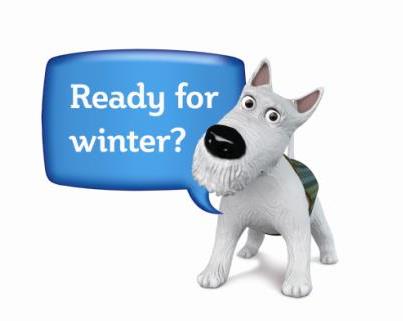 Road Policing officers from Aberdeenshire and Moray Division, along with the Trunk Roads Patrol Group, are participating in the national ‘Get Ready for Winter’ campaign, which began on Yesterday (5 October) for a week of action.

The campaign aims to ensure that motorists throughout the North East are beginning to prepare their vehicles for the winter months and are taking the heavy rain, high winds, snow and ice into account. Ensuring that drivers are taking extra care due to these conditions will reduce the risks to them and other road users.

Officers will be carrying out road checks and patrols at locations throughout Aberdeenshire and Moray over the week. They will be looking to engage with motorists and provide advice around basic maintenance and precautions that can be taken in the lead up to winter. As part of these checks, vehicles will also be examined to ensure that they are road-worthy, paying attention in particular attention to brakes, lights and tyres.

This campaign follows a weekend of activity from both Road Policing officers and local Divisional officers, which saw 236 vehicles stopped and motorists engaged with on routes including the A90, A96, A952 and B979. These checks saw 11 drivers reported for speeding, while a further 48 were given warnings. There were a further 33 drivers reported for a variety of offences, such as using mobile phones and seatbelt offences, with 16 others warned.

The weekend activity did however see 8 people stopped and charged for driving whilst under the influence of alcohol or drugs across both Aberdeenshire and Moray. All of these offenders were male, aged between 23 and 63, and four were detected at over four times the legal limit.

Also on My Turriff
Violence reduction campaign in North East

While there have been a small number of crashes over the past few days, it is encouraging that none of them resulted in any fatal or serious injuries. This is mainly due to the very high percentage of responsible and considerate motorists in the North East, who we can thank for their constant cooperation in our efforts to make our roads a safer place for all who use them.

However, yet again we have a minority of motorists who continue to act in an irresponsible and selfish manner, which puts their lives and the lives of others in danger. It is particularly concerning to see the number of people detected for driving under the influence of alcohol and this is something that we will continue to treat as a priority as we ensure that these offenders are charged for their actions.

As the winter closes in and nights get darker, we will continue to look for any and all opportunities to engage with motorists through further operations and days of action. The safety of road users is a top priority for our officers throughout the North East and this has been reflected in our ongoing work under the Operation CEDAR initiative.

Police Scotland produced a video showing how to check your vehicle over to make sure it is ready for winter.