Former MSP and co-convenor of the Solidarity Party, Tommy Sheridan is bringing his Hope Over Fear pro independence tour to Turriff this week.

Making the case for a Yes vote in the September 18 Referendum Tommy Sheridan will be joined at the event by Linda McDonald from the SNP & local businessman Ewan Smith.

Tommy will put the case forward that an independent Scotland should 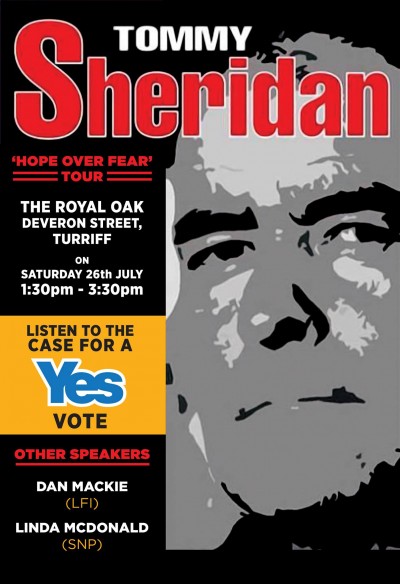 The event at the Royal Oak is free and anyone can come along to listen to the speakers make their case for a Yes vote in the referendum. After the speakers there will be a question and answer session with Mr Sheridan taking questions about independence and his vision of an independent Scotland, from the floor.