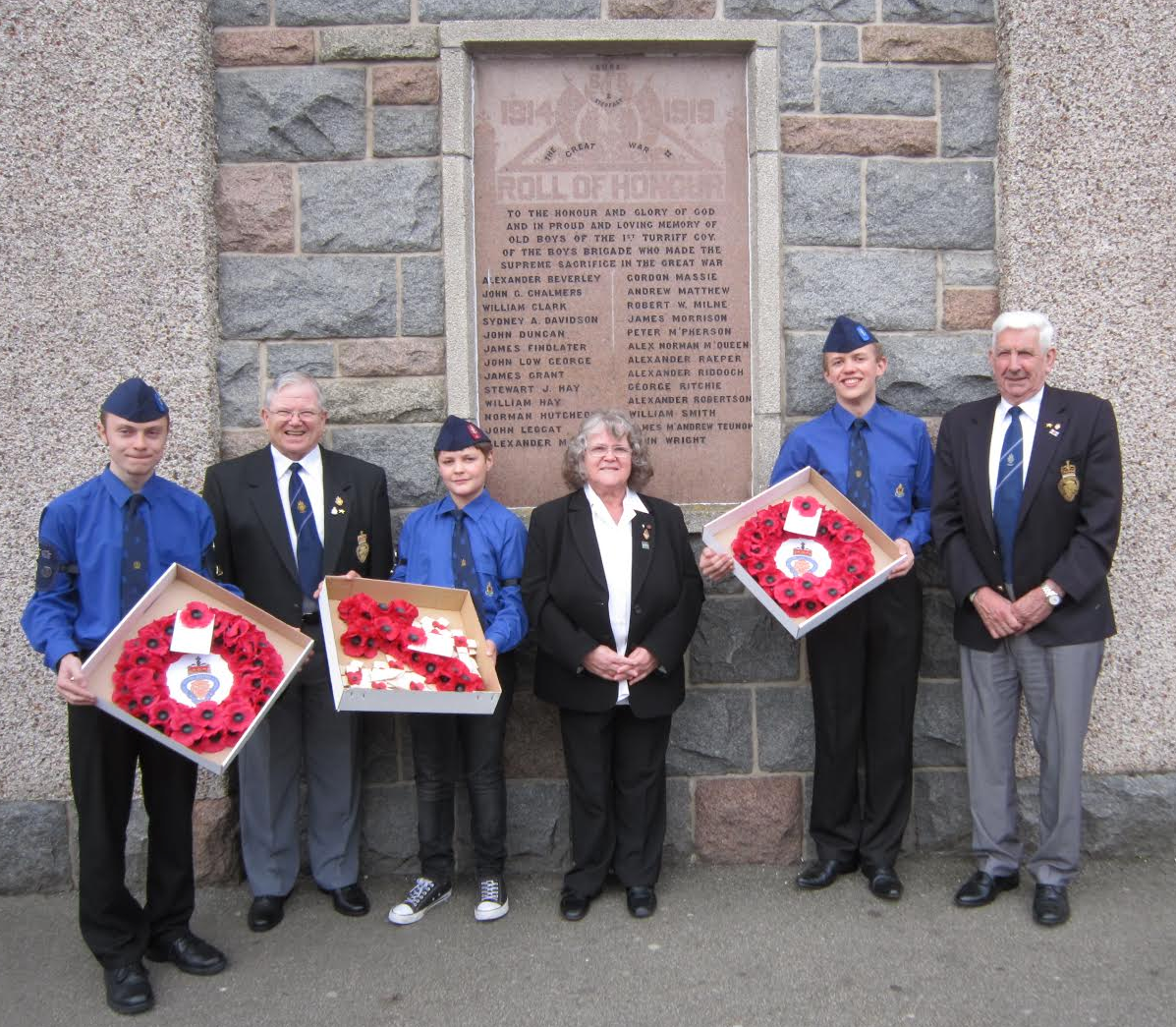 Members of Turriff Boys Brigade and pupils from Turriff Academy are heading to Belgium to visit battlefields and war graves to mark the centenary of the First World War.

100 years ago young Turriff men went off to war. They were hardly older than the lads posing with the wreaths.

The boys will be part of the Academy group of pupils which will be visiting the War Graves, including the famous Menin Gate in Belgium. There, and at the Scottish Memorial, they will place crosses, poppies and wreaths to remember their predecessors who never returned home. 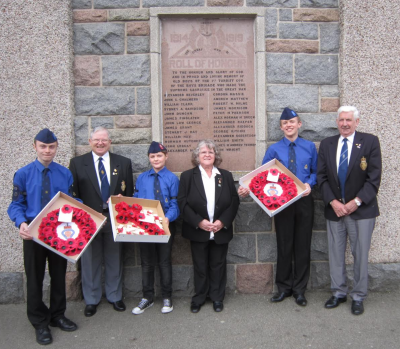 The bodies of several of the young men named on the Turriff Memorial were never found on the battlefield.
The pupils will be accompanied to Belgium by Mr George Baird, the history teacher at the Academy.

The Legion representatives, as well as donating wreaths also gave the Academy £400 to help defray the costs to the pupils of the journey.